How The Wall was constructed

In 2013,it was decided to build a modern climbing wall in the Business City “Technopark” in Lviv.The whole cycle of works: development of the concept, design, construction and commission in gof the climbing wall, sold a group of Ukrainianprofessional sportsmen. Among them: ZMS Maxim Stenkovoy – Worldand European Champion, MSIC Paukaev Alexander – silver medal is tof the European Championship, ISU Kleshnov Stanislav – bronze medal is tof the World Cup Final, ISU Zhigarev Andrew -Ukraine Championship finalists CCM Doroshenko Sergey – multipleprizewinner Ukrainian competitions , Bakun Alexander – the soul of the company, not an athlete, bu thasalrea dy took partin building of 5-climbing walls. In the summer of 2014 was the start of construction, just one month, and all climbing wall was made in Kiev, mail sent to the Lviv. During one month it was collected in the walls of “Technopark”, now this is unique example of co-operation can be assessed by visiting «TheWall».

Built in Lviv in 2015, The Wall is now the most modern climbing centre in Ukraine. It occupies a total area of ​​250 square meters, with 50 trails of varying difficulty.
The Wall is equipped with abrasive coating and ultra-modern certified equipment from world leading manufacturers. The climbing center has several thematic zones, such as warm-up zone, bouldering zone, artificial rock for children and high-trail zone (up to 14 meters).
The climbing centre offers personal and group lessons for adults and children, and the option of independent visits. The Wall employs professional trainers, including sportsmen who have won national and international competitions numerous times. Among these are experts with experience training Ukraine’s national team to participate in the World Cups. The trainers will develop individual schedule of classes for each client individually, helping to plan the load to maximize development.
In order to develop this sport among the younger generation, in 2016, OKKO filling stations network formed a children’s climbing team, whose training base is “The Wall” and whose members represent Lviv at national and international competitions. 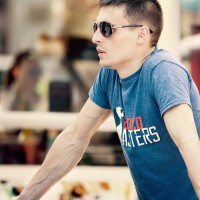 Master of Sports of Ukraine 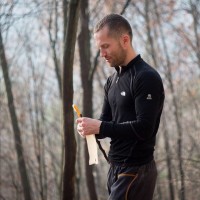 Climbing 7 years. During this time, he participated in various competitions, and organized the Open Championship of Lviv and the region. He is an instructor for sport climbing of third category.  Best assents on real rocks: lead  8b+ and 8A bouldering. 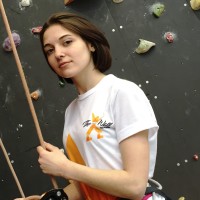 Since school years, he has been engaged in sports, in particular athletics, and has achieved high results. The last years have devoted themselves to rock climbing. In addition, he is interested in tourism, mountaineering and other types of active recreation.